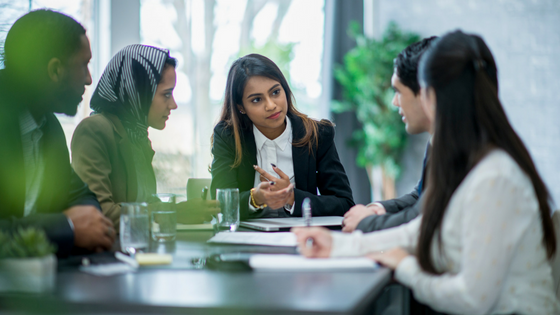 Wise Family Law Division is dedicated exclusively to the practice of family law in Maryland and Washington, D.C. and at the highest level. Their attorneys are regarded as leaders in the field and recognized for their expertise and ethical standards. The firm is dedicated to helping clients and their families overcome whatever challenges they might encounter including potential immigration matters. Wise Family Law Division has made a commitment to maintain close relationships with the best legal professionals in every significant practice area so that they can make confident referrals and know their clients will be protected.

When a client has a possible immigration issue, the attorneys at Grossman Law, LLC serve as a trusted resource. Grossman Law has generously outlined the following general considerations for when immigration and family law converge:

The process of divorce and separation is trying on all parties. But when one or both spouses are not U.S. citizens, the immigration consequences of the failed marriage may make matters even more complicated. Grossman Law attorneys are well versed on the immigration consequences of separation and divorce, and are available to guide clients through these difficult times.

You may need immigration counseling during the following stages of marriage, divorce, and separation:

A U.S. citizen may petition for a green card for his/her foreign born spouse. As part of this process, U.S. immigration authorities will interview the couple to ensure that their marriage is “bona fide,” meaning generally that the couple loves each other and intends to build a life and a future together. Grossman Law regularly assists couples in preparing both the forms and documentation to help support a marriage-based petition for green card status. We will also prepare couples for their marriage-based interview and assist during the interview if requested.

If a couple separates or divorces prior to approval of the green card application, it will impact the non-citizen’s ability to receive his/her green card. Grossman Law assists non-citizen Clients facing these types of issues. Often, this requires a comprehensive consultation to ascertain if the non-citizen is eligible for another alternative basis of obtaining immigration status in the U.S.

Removal of Conditions on Permanent Residency:

If a couple has been married for less than two years at the time the foreign spouse’s marriage-based immigrant visa (green card) is approved, the green card will be considered “conditional.” It will be valid only for two years (rather than for 10 years) and will require that the couple return to US immigration authorities two years later to request removal of the “conditions.”

In marriages where both spouses are foreign-born, it is possible that one spouse’s immigration status derives from the other. Divorce will nullify the “derivative” spouse’s immigration status. When divorcing, the “derivative” spouse will need to evaluate how long s/he has to remain in the U.S. after the divorce is finalized. S/he will also want to evaluate if s/he has any other options to remain in the United States.

For example, consider the hypothetical case of Jane and David – citizens of South Africa who have been married for five years. When USCIS awarded Jane an H-1B visa based on her work as a chemical researcher, USCIS awarded David derivative (H-4) visa status, to enable the couple to come to the U.S. together. David’s visa status is based off of his wife’s visa, so if Jane and David divorce, David will lose the basis for his visa status and will no longer be eligible for the H-4 visa.

Grossman Law attorneys help non-citizens facing the same situation as David, and help them explore other options to remain lawfully in the United States.

Abused spouses or children who are not U.S. citizens may be eligible for a few different types of immigration relief:

Additionally, a non-citizen who is charged with domestic violence – either criminally or in a civil protective order case – may find him/herself facing removal from the United States. Perpetrating domestic violence is a ground of inadmissibility, which U.S. Department of Homeland Security may use to initiate removal proceedings against certain immigrants.

Violating a custody order and removing a U.S. citizen child from the United States may be considered international kidnapping. A parent who engages in these kinds of actions may face both criminal and civil immigration consequences (if the parent is not a U.S. citizen).

Federal law prohibits a parent from removing a child from the United States, or keeping a child outside the United States to interfere with another parent’s custodial rights. If convicted, the parent may face fines and imprisonment for up to 3 years.

Grossman Law, LLC is a full service immigration law firm located in Bethesda, Maryland that provides top-notch, professional, and compassionate legal advice and client service in all areas of immigration law. Whatever your immigration issue, Grossman Law attorneys have the knowledge, experience, and reputation to provide you with the quality representation you deserve.

For more information on how a divorce or separation might affect your immigration status or your family, please visit our website or call our office to set up a consultation: 240-403-0913.